How to Avoid Discrimination in Job Adverts 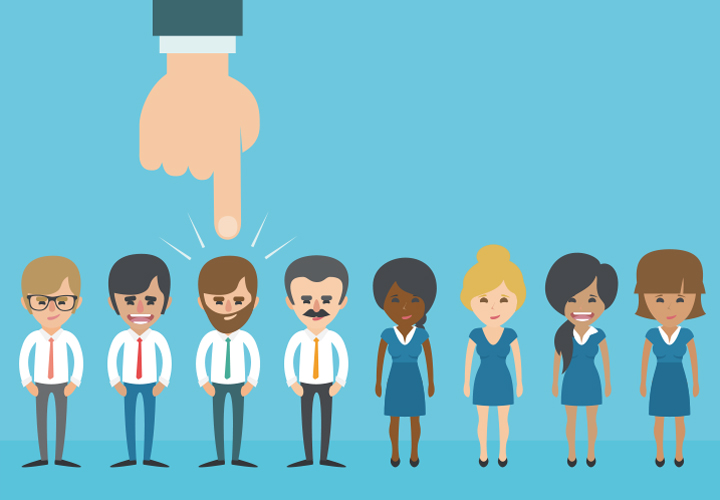 In a previous blog post, we addressed the importance of tailoring job specs to a female audience. We also introduced the Gender Decoder, developed by the Irish Centre for Diversity, and the guidance document created by CIF and the Irish Centre for Diversity. Diversity within the workplace is more important today than ever before – it offers improved results, enhanced performance, greater employee satisfaction, and numerous other advantages.

However, as stated in the blog post we just mentioned, “unconscious bias is sometimes unintentionally communicated in the way job descriptions are written and this can have a negative impact on the diversity of candidates applying for roles.”

The challenge, then, is determining how you can avoid discrimination. If the bias is unconscious, how do you go about ensuring that it does not make its way into your job adverts? In this guide, we will look at several important ways that you can go about avoiding discrimination while helping to encourage greater diversity in your job applicants.

There are numerous types of discrimination. Under Irish law, there are nine protected areas, or characteristics, that cannot be discriminated against. These include:

Now, obviously, you’re unlikely to write a job advert that declares that you will hire heterosexuals only, or that anyone not married need not apply. However, it is important to realise that unconscious bias can slip into your adverts in many, many ways, most of them less than obvious. Carefully guarding against this can help ensure better diversity in your workforce.

Direct discrimination is exactly what it sounds like – a job advert constructed so that it spells out exactly what you want, complete with discrimination in the wording. Isn’t it good to tell potential candidates specifically what you want? Yes, it is, but you must do so without excluding anyone based on age, race, disability, gender, sexual orientation, or any of the other areas protected under Irish law.

Perhaps even more common than direct discrimination is indirect discrimination. In this situation, you may not come right out and say that you are not looking for those of a particular demographic, but you may structure the wording and/or job description in such a way that it is impossible for specific groups of people to respond to the advert.

For instance, suppose you were writing a job advert for a bar position. Your advert states that you are looking for a barmaid with at least two years of experience. There is nothing wrong with the requirement for experience, but by using the word “barmaid”, you automatically exclude any men who might want to apply for the position.

Other job titles that fall into that category include anything that uses a gender as part of the title. For instance, policeman or headmistress. Others may not include any implied gender but be stereotypically filled by a specific gender – waitress or stewardess, for instance. Rather than using those job titles, think of using something gender neutral and free from cultural bias, like head educator, bar staff, wait staff, or police officer.

Of course, it’s not all about job titles and gender neutrality. Here are a few other examples of words and phrasing that could be considered discriminatory:

One way is for you to lump “requirements” and “nice to have qualities” in together. If you do not differentiate between essentials and desirable attributes, it can limit the number of people who apply for the position. For instance, suppose you list as part of your advert that you need people with not only a degree in advanced maths but also familiarity with accountancy software, such as Xero or QuickBooks. Your advert would look as though both of those were mandatory requirements, rather than one being a requirement and the other being a desirable attribute for applicants.

Now, obviously, the example above would not really apply to any of the nine areas protected under law (sexual orientation, age, disability, etc.), but it does illustrate how a simple omission on your part can lead to unintentional discrimination.

A better example here is what you imply, rather than what you state explicitly. For instance, if you are describing the environment or culture in the workplace, and you were to say that “the culture is youthful”, you might mean that it’s a fun place to work, but what it comes across as is that you don’t want any older job applicants to apply for the position. You’re implying that the environment is youthful because there are no older workers present and that you will not consider older job applicants.

Many jobs hinge on an applicant’s familiarity with a specific culture or part of a culture. For instance, suppose a business had a branch that worked with Chinese clients. Many of the clients may not speak English very well, which means that the business would want to hire an employee who is fluent in Mandarin.

It is perhaps understandable that they might include the words “Chinese national” or something similar in the job advert. However, understand that this discriminates against anyone from a non-Chinese culture that does speak fluent Mandarin. More and more students are learning Chinese in school due to the growing role of China in international business and trade, and you are likely to find fluent Mandarin speakers from many nations, including the UK, the EU, Russia, the US, and more.

However, by stating that the company will only entertain Chinese nationals, hirers indicate that the only people they will consider are from China. Not only is that illegal, but it sets the wrong tone for the business. The same thing applies to other cultural considerations. For instance, rather than stating that you want to hire a Spanish or Mexican national, you would simply state that all job applicants must be fluent in Spanish.

It might seem like age discrimination is simple to avoid. You just need to avoid stating things like “young workers only” or “mature workers preferred”, right? Actually, that is not really the case. Age discrimination can sneak into your adverts in a number of ways. For instance, suppose you wrote an advert for a carpenter, and you stated that the person would need a minimum of five years of experience.

Now, it is important to understand from the beginning that this means you will not hire anyone under the age of 23 or so. Most people will begin working at the age of 18, and if you require an additional five years of experience, that means 23 is the average minimum age that you will hire. So, what if someone who is only 19 years of age has all the skills that you require? Your job advert disqualifies them from applying because they lack the specific number of years of experience (age).

Creating a Job Advert with No Discrimination

Ultimately, the most important thing here is to be aware that discrimination can creep into almost any job advert. You must be on guard. Make sure that your advert:

In the end, it is possible to create job adverts that are not discriminatory and build a more successful, profitable business.