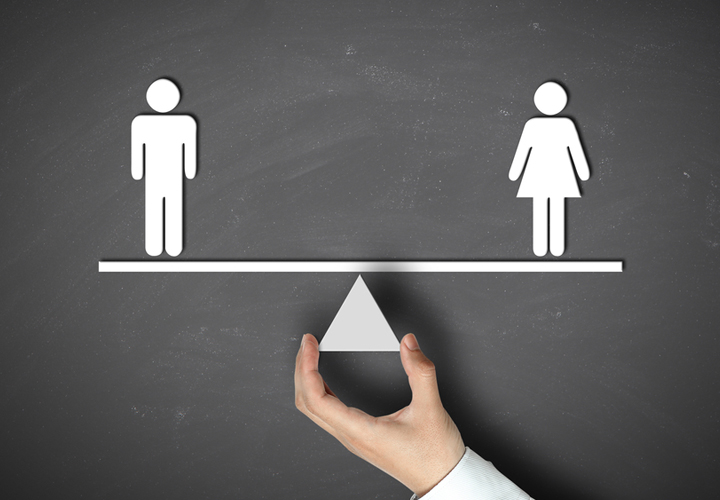 Gender bias in the workplace – it’s something that all nations must deal with to one extent or another. Ireland is no exception. In fact, it is quite a significant problem. According to a story reported by The Irish Times in early 2018, “the overall gender pay gap in Ireland in 2017 was 13.9 per cent, according to the Central Statistics Office.”

Many schemes are underway in an attempt to rectify the pay gap, but numerous hirers are now realising that creating a diverse workforce offers benefits for their organisations as much as it does to female workers. Diverse workforces drive profitability, particularly when women make up at least 15% of management, as noted by a Credit Suisse Research report in 2014. Other advantages include better worker satisfaction, and even better employee performance, all things that any business owner or decision maker would find beneficial.

So, why aren’t there more women in all businesses? While there are many different reasons, one is the language used in your job listings. We are all susceptible to gender bias to one extent or another, even the most open-minded among us. That bias can work its way into your job listings, making them less appealing to women, or even down-right discriminatory in a worst-case scenario.

The Most Critical Consideration

Before we discuss the ways to remove gender bias from your job listings, we need to address the most critical consideration – look at your listings with a critical eye. Bias is often unconscious, and it can be very easy to simply brush past words that should be removed, simply because you know that you did not mean them in a particular way. Realise that many words have more than one connotation in today’s society. Something might be relatively straightforward for you, but for a woman reading a job listing, it could immediately tell her that the hirer is looking for men only.

This realisation on your part should lead to ongoing action. It should result in a commitment to studying your language use in job listings, vetting the words you use thoroughly, and only sending listings out into “the wild” once you are completely sure that they deliver the message that you want.

Now that we have that out of the way, let’s move on to the meat of this guide. How can you go about removing gender bias from job listings? Here are 10 ways you can do that and attract more women to your business.

One of the most important considerations is to study the job titles that you use and eliminate any of them that are gender-specific or gender-biased. Some titles are pretty obvious – salesman is definitely gender-specific, whereas salesperson is gender neutral. Any sort of male-oriented titles can prevent women from even considering putting in an application. This goes beyond the actual job title itself and touches on the words you us to describe the position, as well as your ideal candidate. For instance, few women are going to put in an application if you’re looking for a ninja or a guru. Instead, focus on using accurate, gender-neutral job titles to ensure that your listing appeals to both men and women.

2. Look at Your Use of Pronouns

One way that we often trip ourselves up is in the pronouns that we use on a regular basis. Part of this comes from outmoded grammatical rules. For instance, it was once mandatory that if you did not know the gender of the person being spoken about, you used male pronouns (he, him, his, etc.). That is obviously off-putting for any would-be women applicants. It sounds as though you plan to hire a man no matter who applies. However, the same thing applies if you were to use female-oriented pronouns – male applicants will assume that you want to hire a woman only. Get around this by speaking directly to the applicant and using “you”. For example, as an accountant with our firm, you will be responsible for …”.

In addition to gender-coded words, you should watch out for your use of superlatives. These are words that we use to help differentiate someone from the rest of those in the field. For instance, you might be looking for a world-class programmer or a superior accountant. Most female applicants do not like to brag about their accomplishments and the use of superlatives will often turn them off from applying with your company in the first place.

4. Limit the Number of Qualifications Required

Job requirements are well and good. They have a definite role to play. However, you might consider limiting the number of requirements you specify in the job listing. The more requirements you have, the fewer women will apply. This is because most women will not apply for a job if they do not meet ALL the requirements listed. On the other hand, male applicants are willing to throw their hat in if they meet just 60% of the requirements. Make sure that you focus on actual necessities, rather than mere preferences.

5. Be Committed to Diversity

This might seem like low-hanging fruit, but you can do a lot to polish your image for female applicants by simply stating that your company is committed to diversity. This can be particularly helpful in industries that remain primarily male-dominated, such as construction. By telling female applicants that they are welcome, you immediately lower the barrier to entry.

6. Talk About Your Values

While doing this will require that you have well-defined values, weaving them into your job listing can help attract both male and female applicants. For instance, “we value equality and believe that diversity is the foundation of success” is a great way to welcome female applicants. You can actually just list your values straight from your website or mission statement, as well, if weaving them into the listing’s narrative does not work.

Yes, a particular degree might be important for the position that you’re hiring for, but you may want to rethink whether it is actually required. By requiring a particular degree, you automatically limit your pool of potential candidates. Gender plays a role in the educational route chosen in school, and you could be eliminating highly skilled, valuable potential employees for little or no reason. Rather than degrees, think about capabilities and skills.

Female applicants want to know that their employer is going to be flexible. Male applicants are also increasingly expecting to see flexibility from employers, particularly when it comes to hours in the office, and where the bulk of their work is completed. With the rise of reliable, high-speed Internet connectivity, working from home has become a reality. In fact, many businesses today are now taking advantage of this trend to reduce their office-related overhead. There is no need for a detailed discussion of a flex policy in the job listing, but it does deserve a mention.

Flex time can be used to benefit families, but you need to be a bit more explicit about what you offer that might attract female applicants. Think about maternity leave (and paternity leave). Other options might include child care subsidies for parents, female mentorship programs, and the like. Again, you don’t need to discuss any of these at length, but a brief mention that your company offers family-friendly policies and benefits will go a long way toward attracting applicants of both genders.

Finally, if you are not completely certain that your job listing is not gender biased (and sometimes even if you think it is free of bias), run it through an online bias checker. There are several that have been developed, but one of the most robust is Gender Decoder. Simply paste your job listing into the decoder and it will highlight gender-specific words and phrasing that might have gone unnoticed.

When it is all said and done, building a more diverse workforce offers too many benefits for hirers to ignore. Removing gender bias from your job listings is the first step toward getting more female applicants for your open positions. However, it can be tricky to remove all the bias that many of us have come to take as “business as usual”. For instance, many of us have become accustomed to seeing (and even using) words like ninja, rockstar, and wizard. Avoid colouring your listings with these male-oriented words and follow the tips we’ve listed above.

https://cifjobs.ie/wp-admin/admin-ajax.php
We use cookies to ensure that we give you the best experience on our website. If you continue to use this site we will assume that you are happy with it.OKPrivacy